The stakes are higher than ever at COP26 and the lives of many of the world’s most disadvantaged communities hang in the balance, with rising sea levels, major storms, floods and droughts all increasing due to climate change.

Governments must be ambitious and deliver on their commitments to de-carbonise our economies by 2030.

The negotiations at COP need accountability as there is an inherent power imbalance within the UN talks between industrialized countries and countries of the global South.

However, the possibility for participation of community representatives from areas that are directly affected around the world has been very restricted and, in some cases, individuals have been harassed or excluded by their own governments. These communities will largely be left out of the physical negotiations which are critical in holding the high polluting member states to account.

Barriers for participation have been far higher at this COP than in previous years, in part due to travel restrictions linked to the Covid-19 pandemic. The inequality of access has been massively exacerbated by the inequities of vaccine provision. Many of the communities most affected by the climate crisis are also suffering an artificial shortage of vaccines – and the lack of solidarity shown by wealthier donor countries such as the UK and Germany in blocking the
sharing of vaccine technology and thereby preventing developing countries from producing their own vaccines.

Additional challenges have come in the form of a very restrictive visa regime in the UK, which has been particularly restrictive to individuals coming from outside Europe and North America and has often led to lengthy delays for travel bookings which creates a knock-on effect of prohibitively high travel costs.

In some cases, there has also been direct targeting of human rights defenders who advocate
for climate and social justice.

From established democracies including the United Kingdom, Australia and Austria as well as other countries like Kazakhstan, Uganda and Egypt, groups protesting for climate justice and the protection of the environment have been violently dispersed. In countries including Honduras, Philippines, Nicaragua and Columbia, human rights defenders advocating for climate justice and for the protection of indigenous rights and the rights of communities are jailed and
persecuted. This direct intimidation and detaining of activists prevents the voices of essential
communities from being heard in global forums.

Tasneem Essop, Executive Director, Climate Action Network says:
”We know civil society participation is critical to get a strong outcome from COP26. Yet by pushing for a physical
COP in the middle of a global pandemic, with all the restrictions on travel and exorbitant costs, we can see that
real and meaningful participation is under threat. This is particularly true for those from vulnerable communities
from the global South. The issues on the table at this COP pertaining to finance, loss and damage and keeping
1.5C in sight require those most impacted to have a seat at the table, to scrutinise outcomes from governments,
hold polluters accountable and fight to secure a safe and just future.”

Lysa John, Secretary-General of CIVICUS says:
“The world is watching while leaders meet at COP26, real action is needed now but many of the people who
can bring lived experience of climate change from around the world are being left out. Now more than ever, the
perspectives of people who are most affected by the severe impacts of climate change should be heard and
respected.”
Emeline Siale Ilolahia, Director of the Pacific Island Association of NGOs and board member of Action for Sustainable Development says:
“Many of the Pacific Islands are facing direct threats in terms of loss of land and livelihoods due to climate
change but our voices are increasingly drowned out and major economies are not taking responsibility for the
wider impacts of their inaction. We have been told that this is the moment to build back better, but we need to see
world leaders opening space for a more inclusive vision for the future.”

STORIES OF KEY ACTIVISTS WHO ARE NOT ABLE TO ATTEND:
Disha A Ravi (India) is a 23 year old climate justice activist with Fridays For Future India and a writer. She
became an activist after she saw her family impacted by the water crisis. She is best known for advocating for
better policies and governance for the climate and environmental sector. She is passionate about ensuring that
voices from most affected people and areas are represented in climate conversations and negotiations. Her
passport has been withheld by authorities.

Suvendu Biswas (Bangladesh) is a young climate activist working on climate and youth issues in the coastal area of Bangladesh. He supports youth-led digital and climate actions to end climate injustice for his peers and their community people. He was prevented due to high cost of travel and visa.

Nyombi Morris (Uganda) is a 23 year old climate activist from Uganda fighting to include climate change in the curriculum in schools and promoting tree planting. Nyombi has been advocating to Save Bugoma forest and
Congo basin since 2019. He was arrested this year during his Fridays for future strikes in Kampala.

Aïman Atarouwa (Togo) is active in the fight against climate change, in particular: the promotion of
renewable energies; supporting the global climate strikes; and leading arts activities on the environment. He
could not attend due to COVID-19 travel restrictions.

Guapinol Water Defenders (Honduras) Porfirio Sorto Cedillo, José Avelino Cedillo, Orbin Naún
Hernández, Kevin Alejandro Romero, Arnold Javier Aleman, Ever Alexander Cedillo, Daniel Márquez and
Jeremías Martínez Díaz, Defenders of Tocoa, in the northern region of Honduras. They were protesting against
the implementation of a mining project in the protected area ”Carlos Escalares” that would endanger fresh water
sources in the region. They have been detained and charged with arson and unlawful deprivation of liberty.

Angela Mendes (Brazil) is the daughter of murdered environmental defender Chico Mendes. She is actively
working to protect the rainforest reserves that were set up over the last 20 years in the Western Amazon which
are under threat by the Bolsonaro Government. She could not travel due to COVID-19 and visa delays. 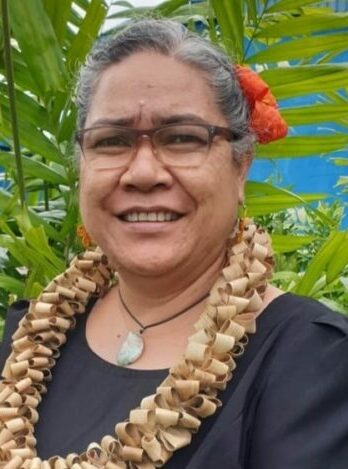 This is our time, be bold says Tui Nakasaleka