(18 August, 2017) Suva, Fiji − The disregard by North Korea and the United States for the lives and political autonomy of Guam’s Chamorro people is evidence of the continued geopolitics of colonisers, says the Pacific Islands Association of Non -Governmental Organisations (PIANGO).

The organisation’s Executive Director, Emele Duituturaga made the comment today following a call this week by indigenous Chamorro groups for global solidarity and peace and the ceasing of hostilities between the US and North Korea.

“North Korea may have withdrawn its decision to launch a missile attack on Guam for the time being, however, the threat of an attack continues to exist. PIANGO and its members in 24 Pacific island countries and territories stand in solidarity with the people of Guam, as fellow people of Oceania, and sympathise with them because the imminent threat which they are now facing is not of their doing,” Ms Duituturaga said.

“This is a fight between North Korea and the colonisers of the indigenous Chamorro, the United States of America, but the insecurity, anxieties and impacts of this aggression will directly affect the Chamorro who simply want to live on their ancestral land in peace.”

The issue of self-determination and decolonisation were highlighted at a PIANGO Micronesian sub-regional meeting in Hagatna, Guam earlier this year. 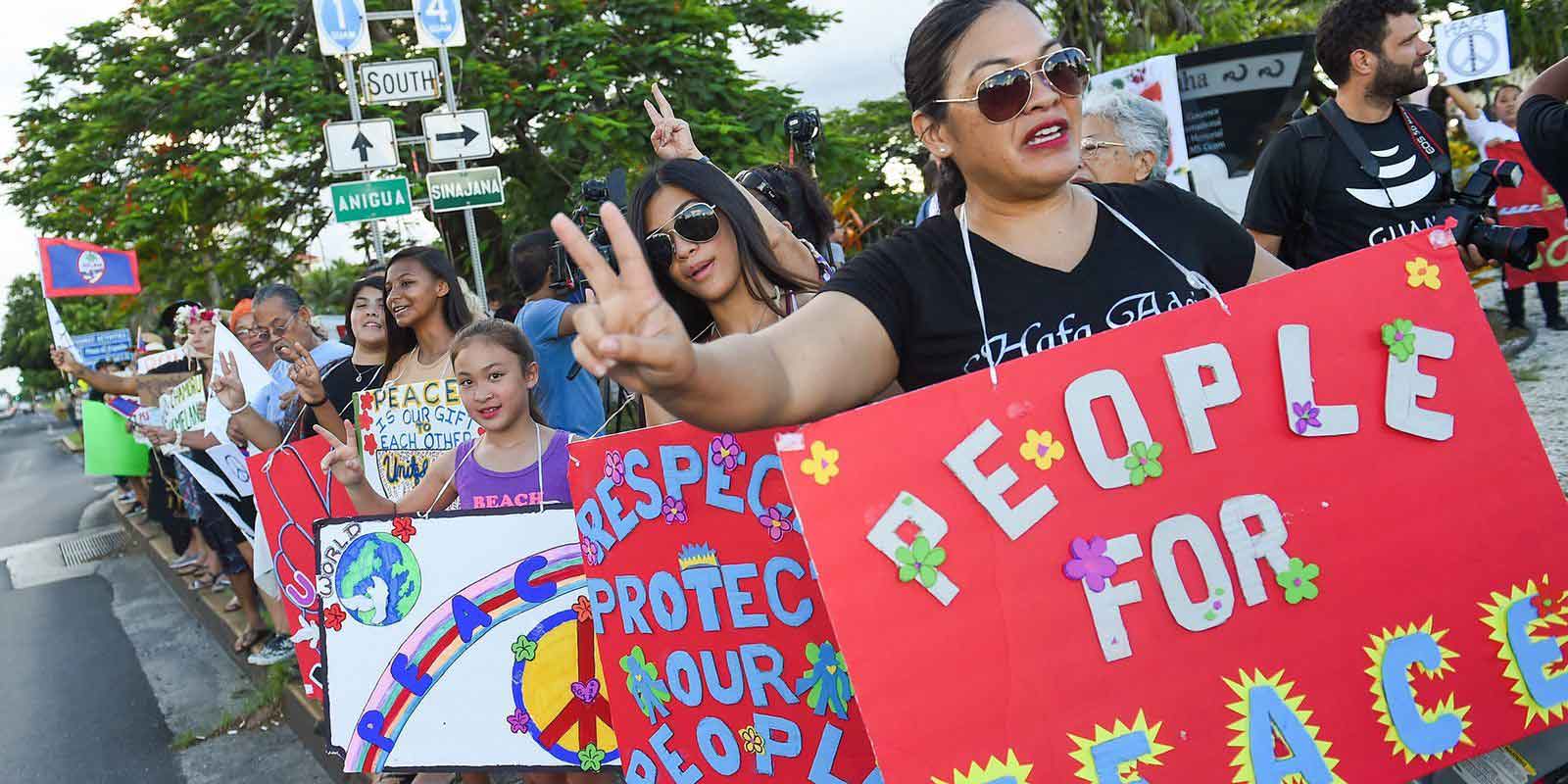 “At this meeting in April, civil society organisations affiliated to PIANGO in Guam and the other North Pacific members flagged the increased US military presence on Guam as worrying.  This is clearly a contributing factor leading to the current situation and we call for solidarity from Pacific nations and all stakeholders to end increasing tensions between North Korea and the US,” Ms Duituturaga said.

“This, and the precarious situation of West Papua attests to the fact that decolonisation is unfinished business in the Pacific and continues   to threaten Pacific people’s rights to independence, peace, life and dignity.”

PIANGO had conveyed these concerns to the UN Decolonisation Committee as far back as 1996, along with calls to expedite the decolonisation of Guam, Kanaky and East Timor, however, to date, only East Timor is successfully transitioning to full independence.

“We are therefore urging the UN Decolonisation Committee to do all it can to expedite the decolonisation of Guam. In doing so, they could be averting what could be a catastrophic disaster for a people who have already lost so much,” Ms Duituturaga said.  (ENDS)